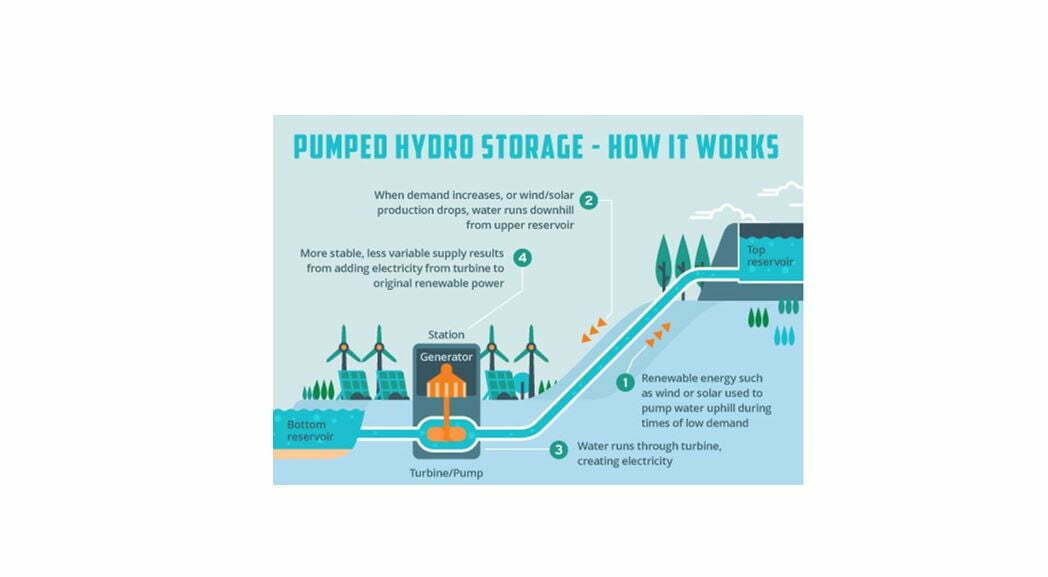 Renewable energy sources are gaining market share rapidly. However, an important issue with systems that rely heavily on renewable energy is that both solar and wind power have variable outputs depending on circumstances:

Because of this, a network with a large percentage of solar and wind power will have a maximum capacity that fluctuates heavily, causing the network to either over- or under-supply. In many cases, to accommodate these variations, additional power plants (using non-renewable sources) are commissioned to provide capacity during under-supply. During over-supply, renewable energy generators (like windmills) are often “turned off”, missing out on potential renewable energy.

Conventional batteries are the obvious solution for storing energy, as Tesla’s “big battery” station in South Australia has proven, batteries are capable of switching rapidly from idle to charging or discharging.

The downside of batteries is that they:

An alternative to battery energy storage is hydro storage, which operates on the principle of pumping water up to an elevated reservoir to store energy and releasing it down to a lower reservoir through a turbine to generate energy (similar to a hydro-plant).

The main factors that determine the suitability of a mine for pumped energy storage are:

The Kidston Renewable Energy Hub project is a good example of repurposing an old mine for pumped energy storage. In addition to pumped storage, a 50MW solar farm was also constructed on top of the old tailings dam.